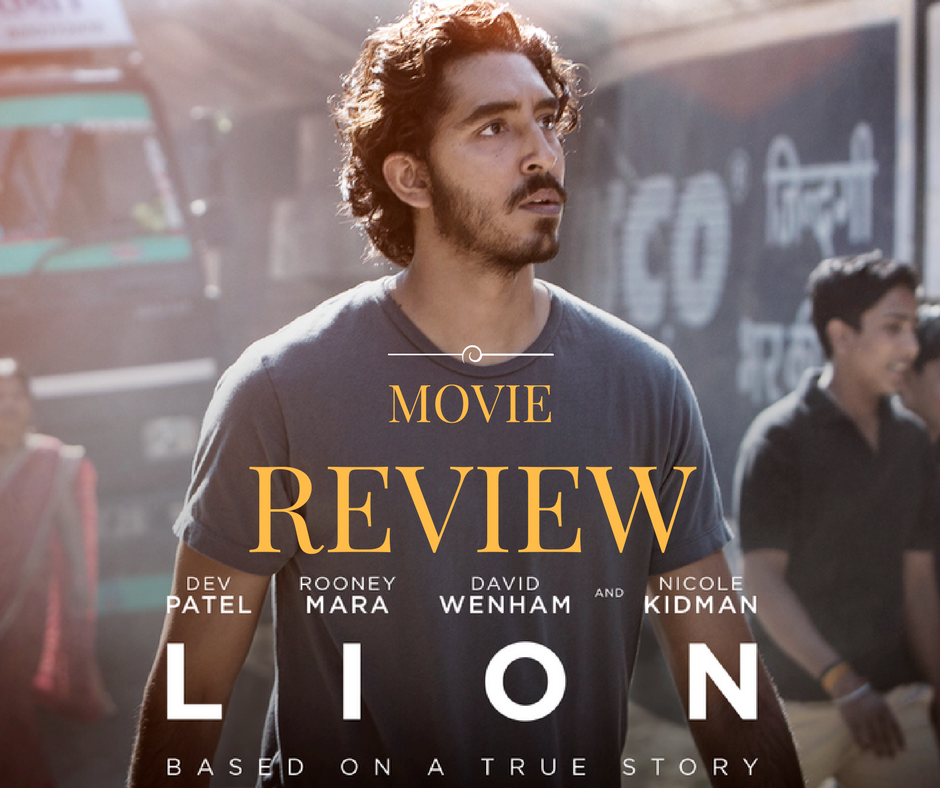 Lion the movie is a must watch for its sheer emotional value. To say that it is a tearjerker would be an understatement. It is a personal tale of epic proportions packed with extraordinary instances of human ordeal.

In all honesty, it is not the best movie ever made but definitely has an impeccable memoir to draw its story from. Lion is based on the 2014 memoir A Long Way Home by Indian-Australian businessman Saroo Brierley. Conveniently divided into two parts — Saroo as a 5 year old boy and as a grown-up child — it follows the beaten track in terms of the narrative, letting the awe-inspiring story chronologically guide the progress of the movie. The first half of the movie flows at a breakneck speed, delivering one powerful punch after another in quick succession. The ‘punch’ here refers to the egregious situations that Saroo has to face as gets separated from his elder brother Guddu first, and then his entire family as he draws away from his home in Ganesh Talai (Khandwa), India. His situation is not helped by the fact that he is a poor kid from an indigent household whose father has left the family and whose mother is the sole breadwinner, toiling on construction sites — hauling bricks to earn meagre wages. The second half staggers slightly, moving at a considerably slow pace compared to the first half as Saroo is adopted from Calcutta (India) by an Australian couple from Hobart (Tasmania) and grows up to be a well-educated, anglicized Australian adult. As an adult, Saroo (now Saroo Brierley) who has now moved to Melbourne to study hotel management, tries to comes to terms with his roots as he confronts his past. Two things in particular catalyse his yearning and his quest to find his lost family: fond memories of eating Jalebi (an Indian dessert) as a child and the aerial mapping software, Google Earth.

Saroo, a poor, five year-old boy living in a small village in central India decides to tag along with Guddu to work by convincing him that he is strong enough to be able to lift heavy objects, a requirement for the job. As both of them leave home for the night job — with this Saroo’s first night journey — Saroo’s eyelids start to get heavy soon, and while he is half-asleep, Guddu persuades Saroo to stay put on the station’s bench till he returns next morning, reasoning that he won’t be able to work in that state. Saroo wakes up from his slumber soon only to see no one around him. Then he winds up on a decommissioned train while searching for his brother and ends up at Calcutta, miles away from his home. There, Saroo escapes the clutches of child exploiters and traffickers, ultimately finishing up at a foster care.

Interwoven with this main arc are several other sub-arches: Saroo’s frequent squabbles with his emotionally-unstable and drug addict adopted brother Mantosh, his relationship with his girlfriend Lucy, and with his adopted mother, Sue. The first two sub-arcs are only explored on the surface, and seem very perfunctory. The third arc has exceptional emotional depth and fleshes out in detail the relationship between a child (as he grows up to be a man) and his adopted mother.

The story is quite Dickensian in nature, enunciating with great clarity the wretched and poverty-stricken surrounds that Saroo grew up in. There are some great performances, especially by young Saroo (Sunny Pawar) and also by Nicole Kidman (Sue Brierley). The young Saroo through his varied expressions, excellent dialogue delivery and his pitch-perfect acting steals the show and gives the viewers a real feel of the life of a slum kid. Nicole Kidman shines through with an emotional performance evocative of a sensitive, doting mother. Dev Patel also delivers a good performance as a fine actor, but is let down slightly by the lack of quality dialogues and a sluggish storyline. Guddu, the innocent, caring elder brother of Saroo, also is a pivotal character in the movie, and is portrayed exceptionally by the debutante Abhishek Bharate. Rooney Mara as Lucy and all other side characters are just that, side characters, as they are not given much screen time neither their characters are fleshed out beyond a few incidents.

The best part of Lion (by a mile) is its cinematography and the snappy editing of the first half. The cinematography perfectly captures life in the lowest rung of the ladder through zoomed out visuals, rusty vistas and rich slum landscapes. The editing doubles down on this magnificent visual storytelling and keeps glued for the first 45 minutes without letting you look away. It is safe to say that a silent first half would have been as good as one with dialogues and background sound. The soundtrack and the score of the film is dark and haunting at times, and comes alive through the telling sounds of trains on tracks amongst others. While not exactly memorable, it is a decent accompaniment to the storyline.  The directing is nothing extraordinary but does the job, except the ending feels too rushed and for the same reason isn’t as impactful. In short, there is not much of a payoff after more one and a half hour of riveting drama and a great buildup. Furthermore, no attempt is made to justify the story’s big loophole: why does Saroo not think of finding his lost family all those years (precisely 25 years)? There is, however, a delightful explanation for the name of the movie, which to a certain extent more than makes up for all its flaws.

« Anger – The Poem
An Open Letter to Rachel Maddow »