The Affair - The Poem - Sushlit

The Affair – The Poem

The Affair – The Poem 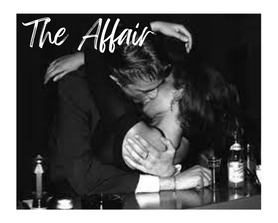 The affair was short and sweet,
After it ended, there was no debrief.

There I met her on her casual walkabout eating sushi in her tattered glory
I thought it made for a cool story.

The attraction was quick
And we stuck to each other like wax to the wick.

Hand-in-hand we went along to the promenade
Without putting any sort of masquerade.

We took a seat at the fanciest of bars
Where a band was playing romantic songs accompanied by guitars.

I took a seat right next to her,
She smiled and acknowledged that I wasn’t just going to be an observer.

As time wore on we locked our gazes and then some,
With both of us feeling gleesome.

I leaned in and went for the kiss
She leaned as well without remiss.

I instinctively tongue-kissed but she immediately flinched
She quipped “I’m not used to getting my mouth clenched”.

We had a do-over,
This time, slow and steady,
Which seemed like a good remedy.

She loved it!
So I let myself take some of the credit.

After a while out we stepped out
To knock the make-out session out the park, all prepped.

Along the river, arm in arm, we sat across a bench
And I played Jane Birkin’s song in French.

She was caught off guard
When I said Sergey Gainsbourg is my favourite bard.

We couldn’t ourselves contain
And locked our lips again.

We stood ourselves up to feel more comfortable
As sitting down didn’t seem pleasurable.

With her back against her wall
And legs wrapped around my hips
Our dreamy eyes locked in
And we got going again
Right around nightfall.

We kissed and kissed
And dare I say, none of the passersby missed.

It was hot,
It was passionate
The fact that we had just met
Made the affair all the more great!