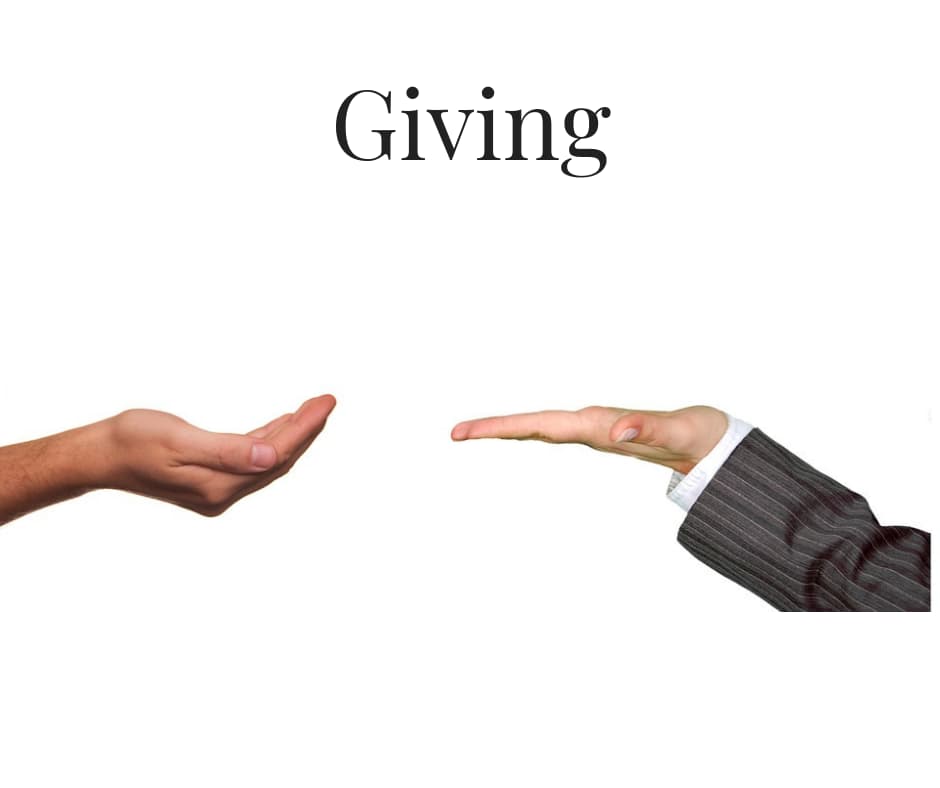 Synopsis:  Giving is such a wonderful emotion reeking love, joy and positivity. Charity, it’s more popular brother, is likewise an exceptionally well-meaning act carrying as much as happiness as does Giving. These seemingly simplistic emotions and feelings have great depth to them, which is exactly what makes them so valuable.

If there is one feeling that one should definitely experience,
Then it is none other than Giving.

Giving is a feeling unlike any other,
And it truly has no parallel –

It is quite simply the best feeling in the world.
Indulging in Giving
Gives you nothing but joy,
And by sharing and multiplying the love,
It makes the world all the more beautiful;
For these reasons,
Giving is no different to making love.

Charity is another interpretation of Giving,
But is an entity in itself —
With its unique significance;
Charity is an expression of your true power —
The power to be a healer,
The ability to be a problem-solver,
And the agent positive change
By spreading goodwill among the less fortunate.

As easy as it may sound though,
Giving and charity —
Both extraordinary deeds,
Are extremely complex emotions,
And require many efforts,
And unlike widely believed,
Aren’t solely about donating money or material possessions;
It requires an inordinate amount of passion,
Involves a wide gamut of emotions
Necessitates innumerable sacrifices,
Commands your committed involvement,
And expects you to do things
That you would never do if given a choice,
Not to forget,
Dealing in the polar opposites:
Bowing down out of compassion
Instead of standing firm out of your ego,
Giving it all
Without expecting anything in return,
Holding one’s head high steadfastly,
While doing the work which may be beneath you,
Letting go of all the malice,
And filling yourself up with only benevolence,
Being the almighty saviour of others,
Rather than profiting at the expense of others.