What Do Millenials Think Of Marriage? One Millenial Speaks Up - Sushlit

What Do Millenials Think Of Marriage? One Millenial Speaks Up 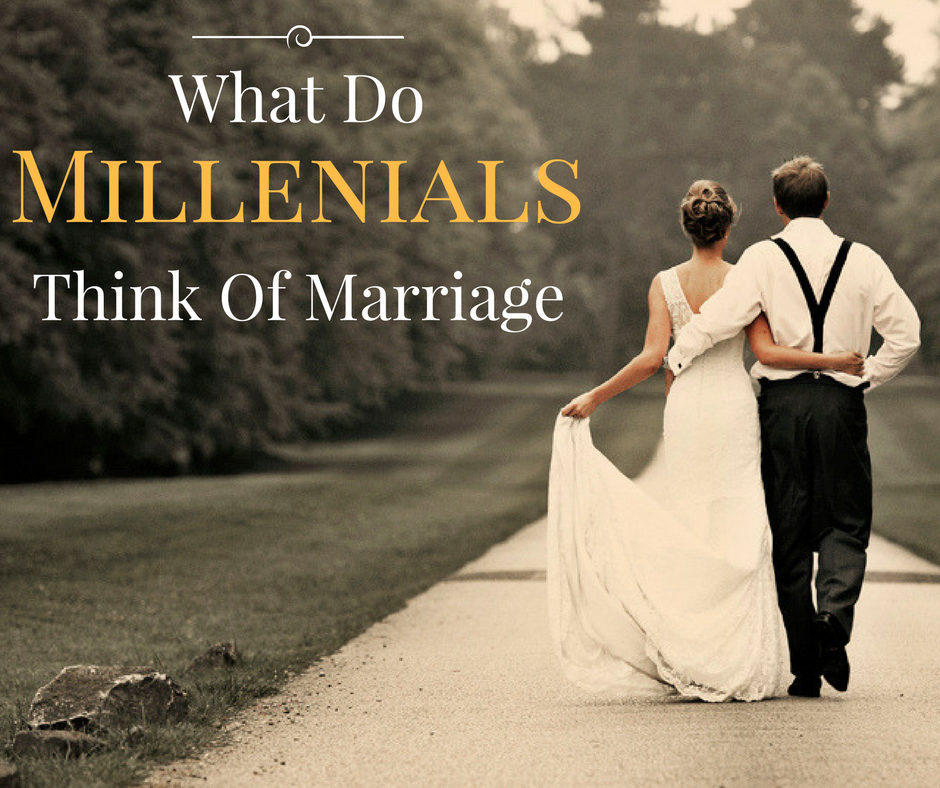 What Do Millenials Think Of Marriage? One Millenial Speaks Up

Imagine yourself to be a 27-year old Indian yuppie working day in day out in an Australian city and barely managing to keep his house in order. The drudgery of everyday life is no less with you trying to chase every possible goal in sight, just when you start getting hounded by your family. Hounded for what? Hounded for the lamest of reasons that possibly is more consequential for your parents than any other thing – marriage.

While this hounding may even be a non-event to western folks of the same age (more on that later), it is a grave misfortune befallen on all the folks in their 20s and 30s from parts of the world where arranged marriages are still rampant. Marriage in itself is not a misfortune, but to get hounded for getting married definitely is. But without addressing the elephant in the room, i.e marriage, any arguments to the latter are rendered void.

So, let’s ask this question to ourselves: Is marriage really necessary for millenials (or Generation Y) in these modern times to live a happy and fulfilling life? Are there better, more attractive alternatives to marriage? Answering these questions rationally is like opening a can of worms. The more candid we are, the easier it is to internalize one’s own responses to it. So, let’s dive right into it.

Our society has progressed a lot in the past couple of decades, no matter which part of the world you live in. So, what in the past was an obligation or a given to get married, is more of a choice or an option today. Life affords that much freedom to you these days, and in some countries even allows you to choose the gender of your marital partner in doing so. But certain limitations still exists based on past traditions, cultural perceptions and legal requirements, and it is likely to take quite a long time for them to erode. Hence, marriages persist to this day. 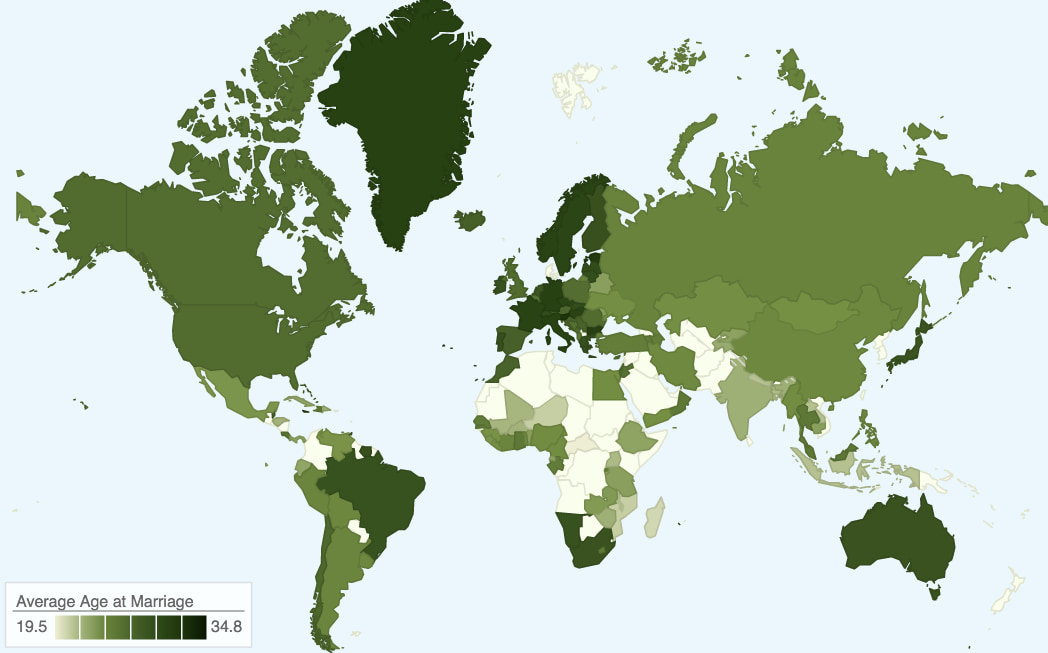 As handsome graph above indicates, people in different parts of the world have their first marriage at varying ages. While many African countries and some Asian and Central American countries still see teen marriages, most western countries have seen a dramatic rise in the age of the first marriage. There are also other contributing factors like economic status and social class that have a similar impact on what age you might get married. As an Indian man living in Australia, my experiences don’t necessary have to align with yours. But here’s my take on the marital aspects of things.

To this present day, the part of the world (India) where I come from, there still exists something called ‘nubility’, for both men and women. Essentially, men and women of certain age — most possibly between 25-30 — are considered to be ripe for marriage or of marriageable age. This unwritten rule also extends to people outside (what I call)‘the golden age bracket’, and it implies that people over 30 are much less likely to find a suitor to those in this bracket. The basis of this rule is firmly rooted in the physical attractiveness, sexual reproductivity and the fact that you are in your prime at this age (which is not necessarily false). In basing the rule on this trifle attribute, it heavily discounts the importance of more critical aspects like economic stability and even long-term compatibility with your partner. Although, aforementioned factors don’t really come into picture in cases where “making do” and “making it work at all costs” is more the norm than “establishing economic stability” and “finding one’s soul mate”. As much outrageous as it sounds, such arrangements often work because there is a lot of consideration, deliberation and sacrifices from both the partners in a conjugal union, or simply incessant inuring from one. In both cases, the marital union persists, for right reasons or the wrong.

Based on my research and interactions with my western-bred counterparts, it suffices to say that it is quite the contrary in western countries. There is little to no trace of arrange marriage left. There are still the occasional nonnas, baka’s and yiayia’s in Southern/Eastern European families prodding their grandchildren to get married and have children, but it is to a much lesser degree, bordering almost on nudging. Men and women in western countries have the all the liberty in the world to direct their lives wherever they want to, be it their career, family, passion or hobbies. Individuals find their own life partners, independent of their family. Most of the times, it is all initialized with a friendship/or a relationship which, depending on the couple’s compatibility, strength of relationship and several other factors can in turn can lead to marriage. Both the individuals in the relationship, however, are not obligated to marry; they can live as a couple without getting into a civil reunion. There are also other options available to couples living in the Americas, European countries, Oceania, South Africa, Japan etc. like beta marriage, live apart marriage, short-term trial reunion and child-rearing marriage (if at all they decide to have babies in the future).

As easy as the western way of getting married sounds, it’s extremely complex with a lot of moving parts. In the western world there are plenty of choices on offer in everything you to. This is especially true when it is comes to finding your better half. Firstly, it is difficult to find someone perfectly compatible with you. This is paramount because with freedom comes the liberty to explore all the possibilities and indulge in things that you love while letting go those that you despise. As a result, chances of compatibility slide dramatically due to the sheer number of variables involved in the equation. Secondly, even if you do establish perfect compatibility (even though there is no such thing), it is incredibly difficult to stay in the relationship because people prefer to part ways and move on with their life at the slightest hint of incompatibity rather than adjusting and making compromises to get it to work. This is also the culture where nuances come into picture. Smallest of things can have the biggest of impacts and the tiniest of differences can lead to breakups, divorce and matrimonial lawsuits. Sometimes, external factors can also get in the way of a marriage. For e.g. a couple fresh off the university can carry a lot of financial burden (since young people move out of their parents’ home at an early age and have to start earning to pay for their own housing and tuition fees) leaving marriage out of the question.

The aforementioned explanations make it clear that no matter what part of the world you live in, a marriage comes with its set of complications.  Furthermore, because of the substantial leaps in societal progress there are also a few other alternatives available to marriage (for people residing in certain countries) if you don’t wish to get into a civil reunion per se. That itself underpins the thought that marriage is not necessary to live a happy and fulfilling life and you can forgo it if it is not for you and if your society affords you choose its alternatives. In fact either of them (marriage or its alternatives) are not required and you can go it all alone, have children of your own and still live a fulfilling life. In coming to this simplistic, objective conclusion, the answer doesn’t capture the full breadth of complexity of the issue at hand. So here is my response from a personal, idealistic viewpoint.

When it comes to marriage, I sincerely believe that if it’s to happen it will happen. But that doesn’t mean that you can leave everything to fate and it will happen magically. You have to put in your bit and then let it all unfold. This means, seeing a person of the opposite sex in an arranged marriage setting, trying out your luck on someone at a bar on a night out, and even going on speed dates — giving all options a fair go. You may never know what might work and land you that special someone. But it also means holding off walking own the aisle (if at all) until you’re absolutely sure about the long-term future with that someone. You don’t want to break up your union halfway through, leaving you and your had-been-spouse in emotional disarray as well as financial ruin. Even if you choose not to get married because marriage isn’t right for you or you are not a marriage material, remember that a marriage is not a be all and end all and how you choose to live your life doesn’t define you as a person. You can by all means let your career or personal accomplishments define you or speak for yourself instead.